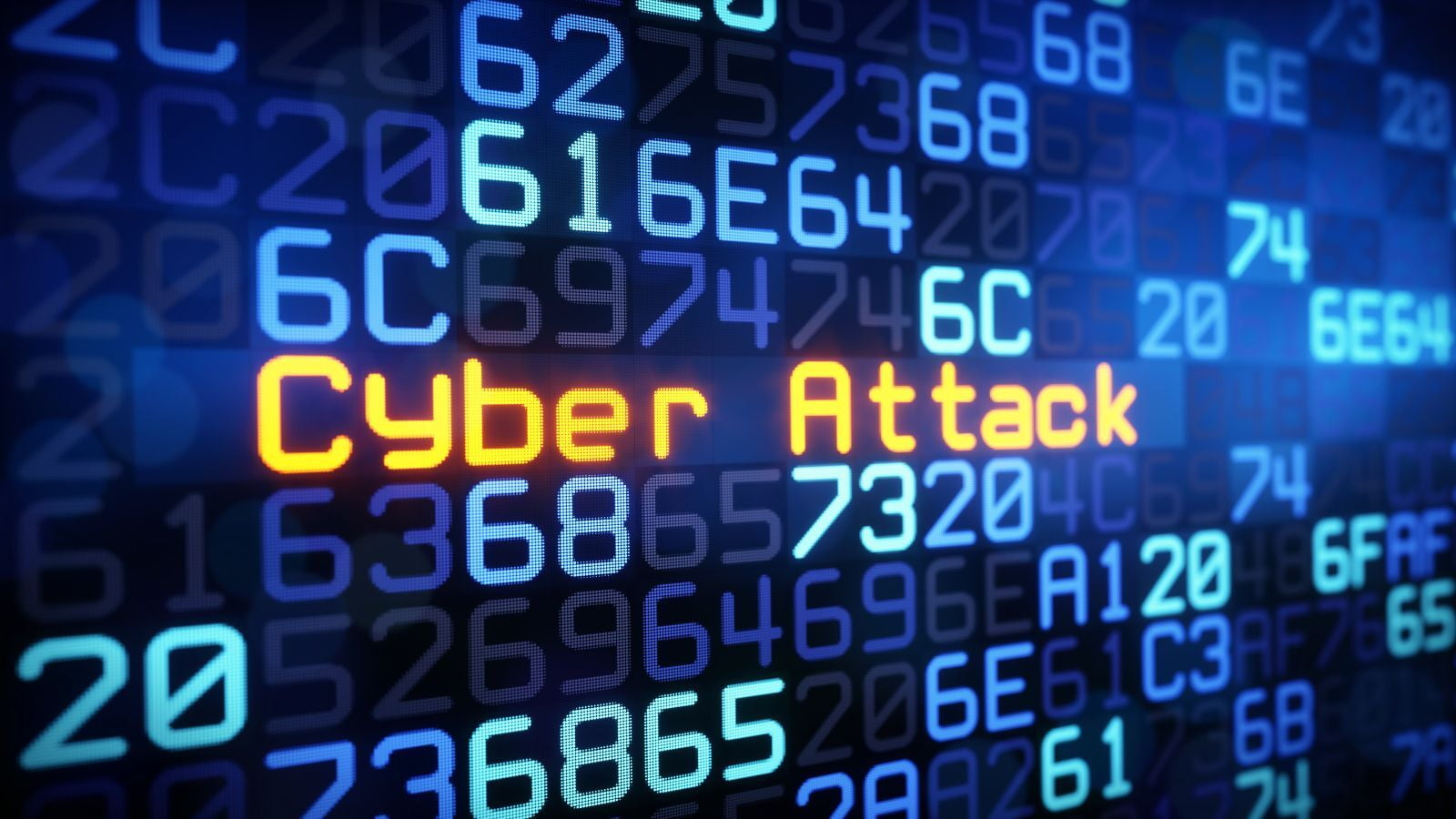 Modern life is much more pleasant thanks to a variety of digital devices and the internet that enables them. Every good thing has a negative counterpart, and the modern digital world is no different. Although the internet has improved our lives today, it has also presented a significant challenge to data security. This leads to rise in cyber assaults. Threat Cloud, a cyber security company, conducted data that indicates that more than 4 million assaults take place everyday in the world.

We will highlight and talk about common cyberattacks you can encounter in this post.

Hackers that use password cracking, also known as password hacking, seek to decipher or ascertain a password. A range of programmed approaches and automation employing specialised tools are used in password hacking. These password-cracking devices are sometimes referred to as "crackers." Other methods, such as memory-scraping malware and programmes like Redline Password Stealer, can also be used to obtain credentials. 80% of breaches, according to data from cloud nine, are related to password problems. Cybercriminals come up with a number of methods, such as phishing, key logging, and dictionary password assaults, to acquire real passwords.

Primarily, Key logging is the practise of a hacker installing a key logger on your device and then recording keystrokes you make on the keyboard. When installed, malicious software called a key logger records your keystrokes and sends them to the hacker. A frequent check of your computer is in place since a key logger might also be a physical device attached to your USB port.

Secondly, dictionary password assaults are conducted by speculating on words and phrases that a person would employ as passwords. Hackers have software that can guess your password by using every word in the dictionary, along with phrases and numbers.

DDoS Attack, also known as a "Distributed Denial-of-Service (DDoS) Attack," is a type of cybercrime where the perpetrator overwhelms a server with internet traffic in an effort to prohibit people from accessing linked websites and online services. DDoS, in a nutshell, hinders a server from responding to its users by overburdening it with data. The real users experience a denial-of-service when a server is overloaded.

Malware-infected PCs and other devices are used to conduct DDoS assaults. These infected computers and gadgets, commonly referred to as a botnet, get instructions from the hacker.

When directed, the botnet assaults a particular IP address and slows down the service. It would be impossible for the intended network to support its actual users. Since the botnet is a genuine internet-connected device, it is always challenging to distinguish between attack activity and legal traffic.

One of the most difficult aspects of detecting a DDoS assault is that the symptoms are not unusual. Many of the symptoms are ones that regular tech users deal with, such as sluggish upload or download performance rates, inaccessible websites, lost internet connections, odd video and material, or an excessive quantity of spam.

Additionally, a DDoS attack's duration and intensity might range from a few hours to a few months.

Malware, short for "malicious software," is a file or piece of code that can essentially perform any action an attacker desires, including infecting, exploring, stealing, and conducting operations. Additionally, there are various ways to infect computers due to the wide variety of viruses. Malware often aims to do one of the following things, despite its diverse nature and capabilities:

Malware may be divided into many types such as viruses, Trojans, worms, spyware, and adware. Let's quickly review the many categories of malware:

Virus: A virus is a form of malware that harms your computer system by sabotaging data and slowing it down.

Trojan: A Trojan is a malicious software program that, when installed, harms the computer system, and destroys data. The "Flubot Spyware" and the "Saint Bot Malware" were recently found in Nigeria by the National Information Technology Development Agency (NITDA).

Worms: A worm replicates once it enters your device with the intention of corrupting other computer systems. It differs from a virus in that damage can be done without being linked to any program.

Spyware: Spyware is a term for computer programs that secretly take your personal data and transfer it to a third party. It is difficult to spot and sends sensitive data to end users who might use it to swindle you, much like a spy.

Adware: Adware, often known as software sponsored by advertisements, shows unwanted adverts while you are browsing the internet. Adware typically enters your system when you unintentionally install a free software.

Because the adverts appear so frequently, it's easy to accidentally click on one of them, and since some of them include harmful links, it's also possible to unknowingly download a virus.

Saint Bot Malware: A .zip file that seems to be a Bitcoin wallet but is actually a PowerShell script called Saint Bot Malware is delivered to the mail. Malware enters the system when the file is opened. You should always download software from the provider's official website, the NITDA recommends as a precaution.

A form of cybersecurity assault known as phishing involves hostile actors sending communications while posing as a reliable individual or organization. Phishing communications trick the user into doing things like downloading harmful software, clicking on dangerous links, or disclosing private information like login credentials. The most prevalent kind of social engineering, which is a broad term for attempts to influence or deceive computer users, is phishing. An ever-more-common threat vector employed in practically all security events is social engineering. Phishing and other forms of social engineering are frequently paired with additional security risks including malware, code injection, and network assaults.

The following is the phishing procedure:

Malvertising, also known as malicious advertising, refers to criminally controlled advertisements within Internet-connected programmes, most commonly web browsers (though there are exceptions), that intentionally harm people and businesses by delivering malware, potentially unwanted programmes (PUPs), and various scams. Malvertising, in other words, exploits what seems to be genuine internet advertising to disseminate malware and other risks with little to no user engagement.

The most popular scam advertising concern forex trading programmes that are promoted in Nigeria without regulation.

Only a small number of Tier-1 licensed brokers provide iOS and Android mobile FX trading applications in Nigeria. However, many unlicensed and offshore forex brokers advertise their apps primarily through JavaScript advertising on well-known, illicit websites that Nigerians visit, but these are risky for users.

Advertising is not always a bad thing, but you shouldn't heed investing advice from arbitrary pop-up ads. Before investing your money in any investment you find online, try to check it out on the Securities and Exchange Commission (SEC) website.

This technique is used by cybercriminals to further infect their victims' computers with malware. Considering that you don't need to download any programs, you can be oblivious of the dangerous download.

The drive-by download makes use of unpatched and out-of-date software, including operating systems, web browsers, and applications. Drive-by download can target you in two different ways:

Drive-by downloads aim to compromise your device for one or more of the reasons listed below:

You risk falling prey to a drive-by download attack if you don't have the right security software or solutions for your vulnerabilities.

Over the past ten years, rogue security software has more than doubled. These fraudulent apps seem like antivirus software but are actually dangerous malware scams. Once downloaded, they inflict unending annoyance and even con customers into paying for them. Unwary customers pay for and download the antivirus programme. Malware is introduced into the system by the 'antivirus'.

A cyberattack known as a man-in-the-middle (MITM) attack involves the perpetrator discreetly intercepting and relaying messages between two parties who believe they are speaking directly to one another. The assault is a form of eavesdropping in which the assailant overhears the full discussion before taking control of it. Because they allow the attacker to obtain and alter sensitive personal information like login passwords, account information, or credit card numbers in real time, MITM cyber assaults represent a major risk to online security.

The two stages of an MITM attack are interception and decryption. Without requiring a password, an attacker establishes a Wi-Fi hotspot and waits for victims to connect. Every member of such a network gives the attacker access to whatever online data they share. We call this an interception. Through DNS, IP, and ARP spoofing, this interception is possible.

The attacker grabs the victim's data once he is "in the midst" of the victim and his target website. Typically, the victim's data is encrypted, so he must decode it in order to use it (decryption). Through SSL high jacking, SSL spoofing and HTTPS spoofing, this decryption is performed.

Attacks using MITM are carried out swiftly and without the victim's awareness. The attackers utilize the information gathered to swindle the victim, for as by erasing the amount in his bank account.

At Annexus, we provide physical security solutions that give you the ability to see, know, and comprehend your surroundings both now and in the future. Schedule a free evaluation to find out more.